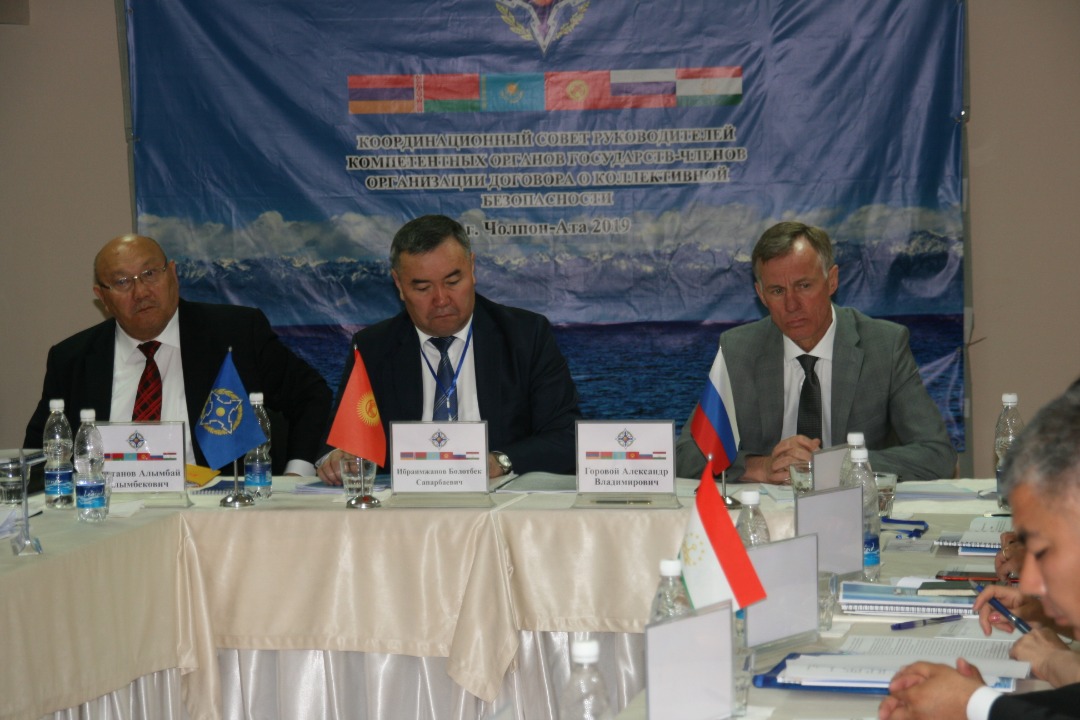 25.06.2019
On June 20, 2019, in the city of Cholpon-Ata of the Kyrgyz Republic, headed by the Chairman of the Coordination Council, First Deputy Minister of the Interior of the Russian Federation, Colonel General of Police Alexander Gorov, held a regular meeting of the Coordination Council of Heads of Competent Authorities of the CSTO Member States on Combating Illegal Migration.


The meeting was attended by delegations from the Republic of Armenia, the Republic of Belarus, the Kyrgyz Republic, the Russian Federation, the Republic of Tajikistan, the Deputy Secretary General of the CSTO Alymbay Sultanov and the Director of the IOM Bureau in Moscow A. Esoev.

When considering the migration situation in the CSTO space, the Council's members noted that the current situation in this area in the states is stable and controlled. Also in their speeches, the participants positively evaluated the measures taken by the competent authorities of the Organization's member states to control migration processes and counteract illegal migration.

During the meeting, the members of the Coordination Council agreed to complete the work on the draft Agreement on cooperation in combating illegal migration and decided to organize in their countries a further elaboration of a draft document in part of uncoordinated issues and to complete its refinement for the upcoming consultations on September in the Secretariat of the Organization.

When reviewing the issue of the results of "Illegal" ("Nelegal") Operation, the meeting participants decided to take part in the operation as an observer or partner to bring its outcomes to partners at various international sites held on migration and law enforcement topics.

In addition, during the meeting, the participants exchanged experience in the Organization's member states on monitoring the entry, stay and departure of foreign nationals who arrived in a visa-free manner, as well as in countering the use of fictitious marriages by migrants to legalize themselves in the territory of the CSTO member states .

The next meeting of the Coordination Council will be held in 2020 in the territory of the Russian Federation.